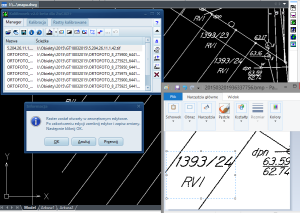 We are excited to announce that our well known software KaliBronek 2.0 is comming soon!

Beta version for all interested is ready for download since now on. We have dedicated much time and our best attention to entirely renew the software implementing extensive amount of new features and fulfilling latest requirements and regulations.

In order to become a beta tester of KaliBronek v2 Beta, please hit „Like button” on our Facebook website and send us your private message applying for a link enabling you to download the software. Anyone who provides us with substantial comments, concepts and observations on the new version, will be rewarded with discount of 15% on purchasing new version or updating to it.

The first version of KaliBronek have been published in 2004. Since then, the program has been extensively developed, many new features added and long list of supported CAD platforms applied. During long period of time since v.1 was published all users were authorized to update their versions for free! That was probably the longest period of free software subscription in the world! At the same time KaliBronek gained more and more popularity and multitude of satisfied users worldwide, setting up new standards in the approach to calibration rasters in CAD environments.

The work on the next version began shortly after the publication of the first version. But for various reasons, over the time we have not decided to publish a paid upgrade, focusing on gradual improvement of the primary version. Newly published version of KaliBronek, is anymore just a tool for georeferencing rasters, but also a powerful tool for editing and managing them within CAD environments. Most anticipated new features include support for GeoTIFF, combining multiple raster images into one large raster layer, full support for calibration of “rotated” rasters, new models of transformations, conversions and much more.

Everyone can try all of new features by joining the Beta Testing Program now. We would appreciate for your feedback relating to this version. Thanks to your opinions, perhaps the final version will be even much improved then the Beta itselve. You are Welcome to visit our Facebook and download KaliBronek 2.0 Beta.